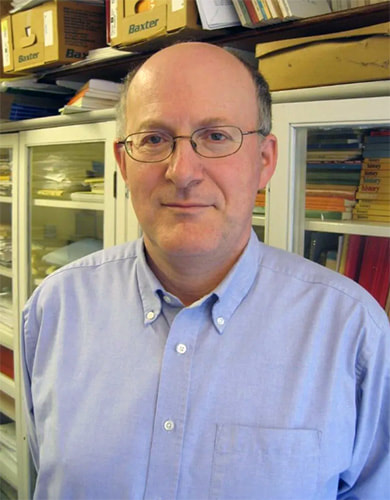 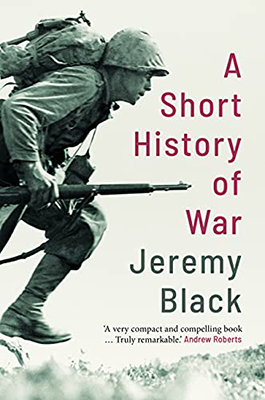 Click on book to purchase
If there is anyone who knows war, history, and war history, it's Dr. Jeremy Black. He is a British historian, author, and former Professor of History at the universities of Durham and Exeter.

Most of his books focus on British history, European politics, and, of course, warfare. Considering Dr. Black has published over 180 books, historian Reed Browning called him "the most prolific historical scholar of our age."

One of his latest books is "A Short History of War" (published by Yale University Press, 2021), which runs 272 pages. It's a tougher task to write about world military history in under 300 pages than it is to write a book over 1,000 pages long.

Despite his apparent busy schedule, Dr. Black has agreed to an interview with Sonshi and answer questions.

Below is the interview with Jeremy Black. Enjoy!
Sonshi: It’s certainly safe to say you are one of most prolific historians of all time. Was your passion for history present since you were very young or was that developed over time?

Black: I was fascinated from start.

As a child read lots of history books and wrote history of an imaginary land.


Sonshi: What is a common trait of good historians?

They know there is no such thing as definitive history.

They are conceptually, methodologically and historiographically acute.

They range widely and are therefore able to contextualise.


Sonshi: History is full of sordid details that would give many of us pause. What is your approach on presenting tough historical events to the modern reader, and would you give us an example of this?

Black: I have written books on:

While understanding the horrors, We owe it to those who suffered to respond with intelligence instead of just with sentiment.

So also with my book on World War 1.

​
Sonshi: Most of your works focused on British and European historical topics, but you have emphasized for many years that education in history must also include other areas of the world, such as China and India. Would you elaborate on this?

See for example my book, War and the World.


Sonshi: Your book Military Strategy: A Global History (published by Yale University Press) focuses on the practices of the last 400 years. Given we are interested in Sun Tzu’s Art of War, a Chinese book on strategy that is 2500 years old, how would your book add and/or complement our understanding of military strategy?

Black: I very much adopt a non Western-centric approach to strategy.

I also collapse the strategy, policy distinction which I find very unhelpful.


Sonshi: Regarding a book you wrote in 2010 called, A History of Diplomacy (published by Reaktion Books), what lessons can modern leaders learn from past successful diplomatic efforts?

​
Sonshi: In America, Sun Tzu’s Art of War has been influential in contemporary military history. For example, US Secretaries of Defense Robert Gates and James Mattis had praised the book publicly. Several branches of the US military have made Sun Tzu’s Art of War required reading for their officers. However, it’s interesting to note that the very first English translation of Sun Tzu’s Art of War was by Captain E. F. Calthrop, a British field artillery officer stationed in Japan. The work was published by Sanseido in Tokyo in 1905. A popular English translation published five years later in 1910 was from Lionel Giles, a sinologist and assistant curator at the British Museum and Keeper of the Department of Oriental Manuscripts and Printed Books. How has Sun Tzu’s Art of War influenced the British military or society, if any?

In U.K. too much of a focus on Clausewitz and British writers on Strategy think the world stops with Europe and USA.

​[End of interview]
SONSHI - THE ORIGINAL SUN TZU'S ART OF WAR RESOURCE
​"Winning battles such that the whole world cries, 'Excellent!' is not the highest excellence." Sun Tzu
Privacy Policy
© 1999-2022 Sonshi.com. All rights reserved. The name SONSHI® and "four-leaf clover" logo are registered, incontestable trademarks of the Sonshi Group 和平的力量.