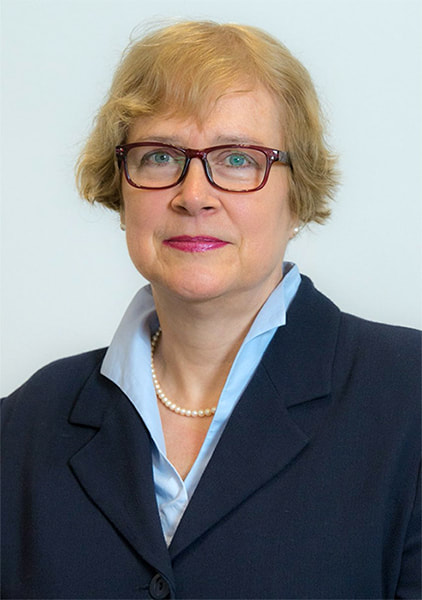 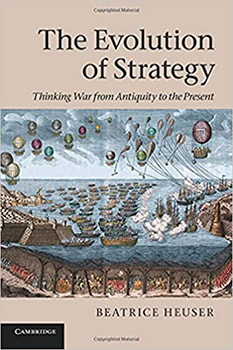 Click on book to purchase
Virtually nobody wants to go to war. People want peace. But when is a war justifiable? And more importantly, how can we bring about peace?

Of course those questions cannot be answered fully in one interview but we can at least start the process of understanding.

A good start is talking with Prof. Beatrice Heuser, Chair of International Relations in the Department of Politics at the University of Glasgow.

Since she has taught at several Parisian universities, she can also help advance our debate on whether Napoleon Bonaparte read Sun Tzu's Art of War.

Below is our interview with Prof. Beatrice Heuser. Enjoy!
Sonshi: You have written books such as “The Strategy Makers: Thoughts on War and Society from Machiavelli to Clausewitz” and “The Evolution of Strategy: Thinking War from Antiquity to the Present.” You have also expounded on the thoughts of Aristotle and Cicero on the matter of war. What has been the prevailing thought on the purpose of war?

Heuser: That it is justifiable only if:

- you are on the defensive and/or have been otherwise wronged

- you aim to create a better peace

The reality is often different although most people seem to convince themselves they have been wronged.


Sonshi: Sun Tzu said, “The general who does not advance to seek glory, or does not withdraw to avoid punishment, but cares for only the people's security and promotes the people's interests, is the nation's treasure.” He also said, “To achieve a hundred victories in a hundred battles is not the highest excellence; to subjugate the enemy's army without doing battle is the highest of excellence.” Would you generally agree this is also a Western ideal as well or is it an idea different from Western military thought?

Heuser: First quotation: it is in western societies not up to the general to promote people's interests.

Second quotation: in the west, Maurice de Saxe in the early 18th century re-invented Sun tzu's wheel, and also said it was the best achievement to win without giving battle.  The ensuing debate about that - Clausewitz totally disagreed - is in my Evolution of Strategy Book.


Sonshi: Would you share with us a few interesting facts about Carl von Clausewitz? How can Sun Tzu readers benefit by reading “On War”?

Heuser: No idea about Sun Tzu as I don't read ancient Chinese and never trust translations.

Interesting fact about Clausewitz: he did not write about how different political ends affect the way on fights. Jomini by contrast did.

Heuser: Yes, but it may not last - the shock of Hiroshima and Nagasaki has never been entirely internalised by countries that were not involved much in the 2nd World War.


Sonshi: A few years ago, we acquired the emoji domain name, ☮.com, and for good reason: our goal is to help bring peace to the world by educating leaders about the nature of war. Do you believe world peace is possible within our lifetime? What are a few improvements world leaders can make in policies and our approach to war to get us closer to world peace?

Heuser: A crimeless society may not be possible, but a low-crime society is - we have police.

Similarly, a war-less world may not be possible, but one where war is not necessary as there are much better ways of resolving disputes - international court of justice, the mechanisms of the EU - is possible and big progress has been made especially with the creation of the EU.

I elaborated on this with my book "Brexit In History: Sovereignty vs European Union."


Sonshi: It’s been speculated that Napoleon Bonaparte, a voracious reader of military works, read Sun Tzu's Art of War while a student at the Ecole Militaire in Paris. The French translation by Amiot was a best seller in France not that many years earlier (Art militaire des Chinois, ou, Recueil d’anciens traités sur la guerre, 1772 and republished in 1782). Since you have taught at four French universities and are knowledgeable about Napoleonic warfare, what is the likelihood that Napoleon had read or even used the principles in Sun Tzu’s Art of War?

Heuser: We established that the French Revolutionary [Lazare] Carnot did indeed read a translation of Sun tzu: see the article by Sylvie Kleinman: "Initiating Insurgencies Abroad: French Plans to 'Chouannise' Britain and Ireland, 1793-1798" in the special issue of Small Wars and Insurgencies I edited. [See Exhibit A below]

We know that a translation by a Jesuit, made shortly before the French Revolution was in circulation. No direct evidence of Napoleon reading it, though, but could have been communicated in conversations.

​
Sonshi: What future works are you working on or will be published soon?