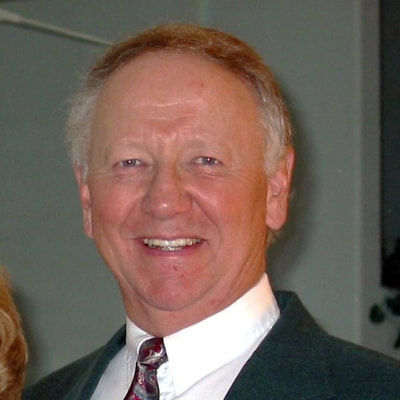 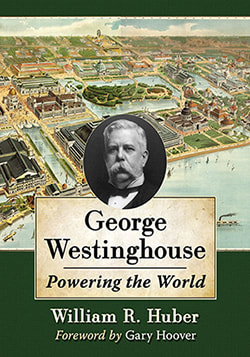 Click on book to purchase
The main reason why Sun Tzu's Art of War remains relevant to this day is the book's advice on human nature, namely leadership.

Individuals who understand human nature and leadership are rare. But when we find those individuals we want to highlight their extraordinary ability since they can serve as role models for others. One such role model is George Westinghouse, Jr. (1846 – 1914).

Having earned 361 patents in his lifetime, Westinghouse was the epitome of optimism, innovation, service, and integrity in an age of robber barons steeped in greed, violence, corruption, and mistrust.

Westinghouse didn't have any enemies because he was too big of a person to have enemies. He was too busy creating, helping people, and solving problems to be fighting battles. His position was impossible to attack. Hence, he was in alignment with Sun Tzu's ideal position.

So instead of telling you what Westinghouse did -- which we'll go through in our interview below -- we will list a few results of his strong leadership:

1) When Westinghouse's company was struggling to obtain capital during a financial crisis, his employees proposed to cut their wages in half until the company gets back on its feet.

2) When Westinghouse requested Nikola Tesla to lower his royalties from the contract they have already agreed upon earlier, Tesla immediately voided the contract.

What makes George Westinghouse: Powering the World a must-read is it is written by an accomplished engineer who has deep knowledge of Westinghouse's inventions and patents. Huber, who earned his Doctor of Science degree in Electrical Engineering from the University of Pittsburgh, has a sincere interest in writing about one of the most impactful individuals in Pittsburgh (and the world). Earlier this year, he even set up a Zoom meeting with some of Westinghouse's descendants. We're confident George Westinghouse would be most delighted.

Below is the interview with Dr. William Huber. Enjoy!
Sonshi: For such a refined individual, George Westinghouse, Jr., wasn’t the best-behaved person as a child. Would you describe to our readers what he was like and what made him change?

George Westinghouse, Jr. was a poor student.  He was far more interested in mechanical projects in his father's factory and often skipped school to work there.  While textbooks bored him, machines fascinated him.  He was stubborn and had a pugnacious personality.

In his 1919 biography, Leupp reported about young George:

"If he felt any especially strong desire, he would not brook the slightest opposition to his efforts to gratify it.  When persistent demands were unavailing, he would fly into a rage which was terrifying to behold.  Old neighbors of the family still remember these paroxysms, which took the form first of screaming and stamping, and then throwing himself flat and banging his head against any hard surface that came most convenient—the floor, the wall of a room, the side of a house….If every one about him remained obdurate, he would keep up the disturbance till his strength was utterly exhausted.  Usually, however, some older member of the household, unable to endure the demonstration longer, would yield the point at issue, and his tears, cries, and self-torture would cease as suddenly as they had begun…. Speaking in later years of these outbursts, he remarked with whimsical humor: 'I had a fixed notion that what I wanted I must have.  Somehow, that idea has not entirely deserted me throughout my life.  I have always known what I wanted, and how to get it.  As a child, I got it by tantrums; in mature years, by hard work.'" [i]


Sonshi: Reading through the accounts of your biography, we’re amazed at how generous Westinghouse was to his employees and vice versa. For example, there was one employee who received a patent that was outside of the company’s offerings. Instead of making him relinquish it to the company, Westinghouse not only let him keep the patent but also gave him money to set up his own shop! On the other side, during the financial crisis of 1890, Westinghouse’s employees offered to cut their pay in half until the trouble passed. Given he was friends with Carnegie and Frick, why did he have a different philosophy, treating employees better than most employers?

Westinghouse was one of the first, if not the first, to cut the work week from six days to five and one-half days. After his death, 50,000 of his employees contributed money to build an impressive memorial to the man in Schenley Park in Pittsburgh.

There was never a strike in a Westinghouse facility while he was in charge. He established a Relief Department at Westinghouse Air Brake “. . . to insure a certain income to employees who might become unfitted for work through illness or injury and in the event of death to pay the beneficiary a stipulated sum. . . A member may receive benefits for 39 consecutive weeks, in event of disability extending so long a period.” [ii]

In Pittsburgh, Westinghouse’s achievements and companies are well-known, but virtually nothing is known about Westinghouse the man. Carnegie is known primarily because of the money he gave to establish libraries there and across the country and the world. Frick is known and generally hated for his role in the infamous 1892 Homestead strike. But George Westinghouse remains an enigma. He was a doer, not a talker; he wanted achievement, not fame. The most famous picture of Westinghouse was taken by the company photographer without George’s knowledge, and George prohibited its use while he was alive. He was just not a self-promoter.


Sonshi: How was his relationship with his wife of 47 years? She was five years older than he was. Was that a factor?

Their age difference was not a factor at all. They were devoted to each other, and George communicated with her daily, even if he was out of town. Marguerite was a steadying influence on George, especially during the financial crisis of 1907 when he lost control of Westinghouse Electric. Without her constant presence, her normally taciturn husband would have surrendered to depression over the loss of his "baby."


Sonshi: Did Westinghouse have any enemies he despised? He doesn’t seem to hate anyone, even Thomas Edison, who attacked him personally (e.g., calling the process of electrocution “Westinghoused”).

Westinghouse was driven by solving problems, not by disputes with others. He was amazingly calm in the face of Edison’s attacks. I did not uncover anyone whom George considered to be an enemy.


Sonshi: What was his relationship with George Westinghouse III like? There seems to be a scandal with his son later in life — what do you think happened? Furthermore, how are his descendants doing today?

GW III faced the hurdles that any child of a famous and wealthy father faces. He did not have to work for a living, so he did not. Warren Buffett said it best, “Leave the children enough so that they can do anything, but not enough that they can do nothing.” [iv]

But GW III challenged his children and gave them opportunities to explore and grow in many fields. It has been a blessing for me to meet virtually with Westinghouse descendants, and I believe they are prospering and thriving. Several have ordered autographed copies of the biography and are proud of their famous ancestor.


Sonshi: I understand you have an upcoming book. Would you tell us more about it?

My next book, Four Lads from Scotland, explores the intertwined lives of two sets of brothers, the Carnegies and the Pitcairns. With their parents, they immigrated to the Pittsburgh area, where they met and became lifelong friends.

The Carnegie brothers, Andrew and Thomas, created the Carnegie Steel Company. When sold in 1901 to J.P. Morgan for over $440 million, Carnegie Steel formed the backbone of U.S. Steel (USS), the world’s first billion-dollar corporation.

Robert Pitcairn would rise to the prestigious position of superintendent of the Pittsburgh Division (replacing Andrew Carnegie in that post) and Resident Assistant to the President of the Pennsylvania Railroad (PRR).  In 1882, the PRR was the largest corporation in the world.  Robert’s brother, John Pitcairn, would co-found and become president of the Pittsburgh Plate Glass (PPG) Company.  PPG currently ranks 218 on the U.S. Fortune 500 list.

These four Scotsmen combined intelligence, perseverance, and timing to become titans of industry in the late 19th century.


Sonshi: Just one clarification. On question #2 you answered how he was different but we were wondering if you have any idea as to *why* he acted so different from other men of power during the Robber Baron age, given he was also friends with Carnegie and Frick.

You caught me! Question #2 is a “why” question. I tell my wife that I don’t answer why questions because they require insight into a person’s thinking. So, I don’t have a succinct answer as to why George was different. I believe it is because his mother instilled in him biblical values (Golden rule, etc.). His father was demanding and disapproving, at least in the first 30+ years of George’s life. But his mother taught him that people were more important than things. It didn’t sink in at first, because George loved mechanical things. But as he moved into managing employees, her lessons came back. All of this is more than I know for sure, but what I believe from reading about how Westinghouse interacted with others.

[iv] Buffett, Warren. "Grow." 25 June 2021. Leave your children some money, but ‘not enough that they can do nothing’. https://grow.acorns.com/warren-buffett-leaving-money-to-kids/
SONSHI - THE ORIGINAL SUN TZU'S ART OF WAR RESOURCE
​"Winning battles such that the whole world cries, 'Excellent!' is not the highest excellence." Sun Tzu
Privacy Policy
© 1999-2022 Sonshi.com. All rights reserved. The name SONSHI® and "four-leaf clover" logo are registered, incontestable trademarks of the Sonshi Group 和平的力量.