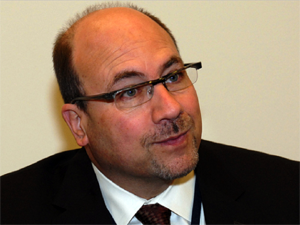 Craig Newmark
Mr. Craig Newmark, who founded Craigslist in 1995 via email and then registered Craigslist.org on September 11, 1997, was already an internet celebrity by the time we went online August 12, 1999. We remember internet news about him were everywhere.

Although it was less than 20 years ago, those "www" times felt more like the "wild wild west" than the "world wide web." And even by those standards, Mr. Newmark was refreshingly different.

At the time, dot com was all the rage. But as you probably noticed, Mr. Newmark registered a dot org, which usually indicates a non-profit (however, there is no formal requirement for dot orgs). That should give us a clue about his mindset from the beginning.

With the dot com boom, outside money came rushing in. Venture capital and Wall Street wanted in. And entrepreneurs young and old were more than happy to oblige. Terms like burn rate became popular. In contrast, Craigslist has never received a penny of outside money. They kept expenses low and grew organically. To be sure, Craigslist's philosophy isn't non-profit, but it is indeed "minimal profit." Even when they first started to charge for listings in certain large cities, it seems almost by accident as it was done primarily to prevent spam.

So unlike companies that over-invested because they believed in their own news clippings and which eventually went down in flames during the dot bomb days of the early 2000s, Craigslist still remains a useful and preeminent web destination today. According to Alexa, it is currently ranked #14 in the United States. We understand that old doesn't necessarily mean better, but having longevity -- much like Sun Tzu's Art of War remaining useful after 2500 years -- indicates a certain aura of wisdom, timelessness, and universal application.

In our interview with Craig Newmark, we try not to repeat whatever had been vastly written about him before. You can research more for yourself on Google. What we also want to share with you today is what we know of Craig Newmark from our own observations. Here are a few simple yet fitting examples:


​Below is our sonshi interview with Craig Newmark (and you will find out who his rabbi is). Enjoy!
​
Sonshi: You are so humble and positive. So what is your one pet peeve that few people know about?

Newmark: Sometimes someone asking for help takes a long time getting to the point, or never gets there. That's not my favorite thing, and I might not be as patient as I should be.

Newmark: One reason I'm not CEO or in management at all is that I suck at hiring, and have no related responsibility.


Sonshi: You still do customer service but we understand you let a group of smart people run Craigslist now. Have they ever made a decision you feel like overturning?

Newmark: I can't think of one. Sure, it's not perfect, but letting go is important.


Sonshi: What does leadership mean to you?

Newmark: It includes treating people like you want to be treated, and delegating a great deal.

Newmark: I loved playing in the junkyard up the street, owned by family friends.  Sometimes I could find old comic books, or old radios which had speakers that had magnets I could take out.


Sonshi: Who are your heroes? Who had the biggest impact on who you are today?

Newmark: Leonard Cohen has become my rabbi, offering spiritual guidance that I reflect on every day.

His influence on me extends beyond his lifetime.


Sonshi: What is the one trait a good customer service representative must have?

Newmark: Actual action and deed based on the notion that we should all treat others like we want to be treated.


Sonshi: One hundred years from now, how would you like to be remembered?

Newmark: That I helped people put food on the table, and generally, made a difference.  (I'd like also to be remembered as being funny, but I really should leave comedy to licensed comedians.)


Sonshi: Do you believe we will ever achieve world peace?

Newmark: Yes, but it will come in an unpredictable manner.


Sonshi: What one piece of advice would you give young (and not so young) entrepreneurs today?

Newmark: Treat people like you want to be treated.

​
Sonshi: What is your favorite book of all time?

Newmark: I read too much to tell. Seriously, they blur together.


Sonshi: Have you ever had a bad day? If so, how did you handle it?

Newmark: ​Bad days are not uncommon, but I focus on what I can do to make the world better. Since I'm effective in small ways, that works for me, emotionally.

​[End of interview]
SONSHI - THE ORIGINAL SUN TZU'S ART OF WAR RESOURCE
​"Winning battles such that the whole world cries, 'Excellent!' is not the highest excellence." Sun Tzu
Privacy Policy
© 1999-2022 Sonshi.com. All rights reserved. The name SONSHI® and "four-leaf clover" logo are registered, incontestable trademarks of the Sonshi Group 和平的力量.